Quiet Quitting: Explained- What Is It and Who Is It For? 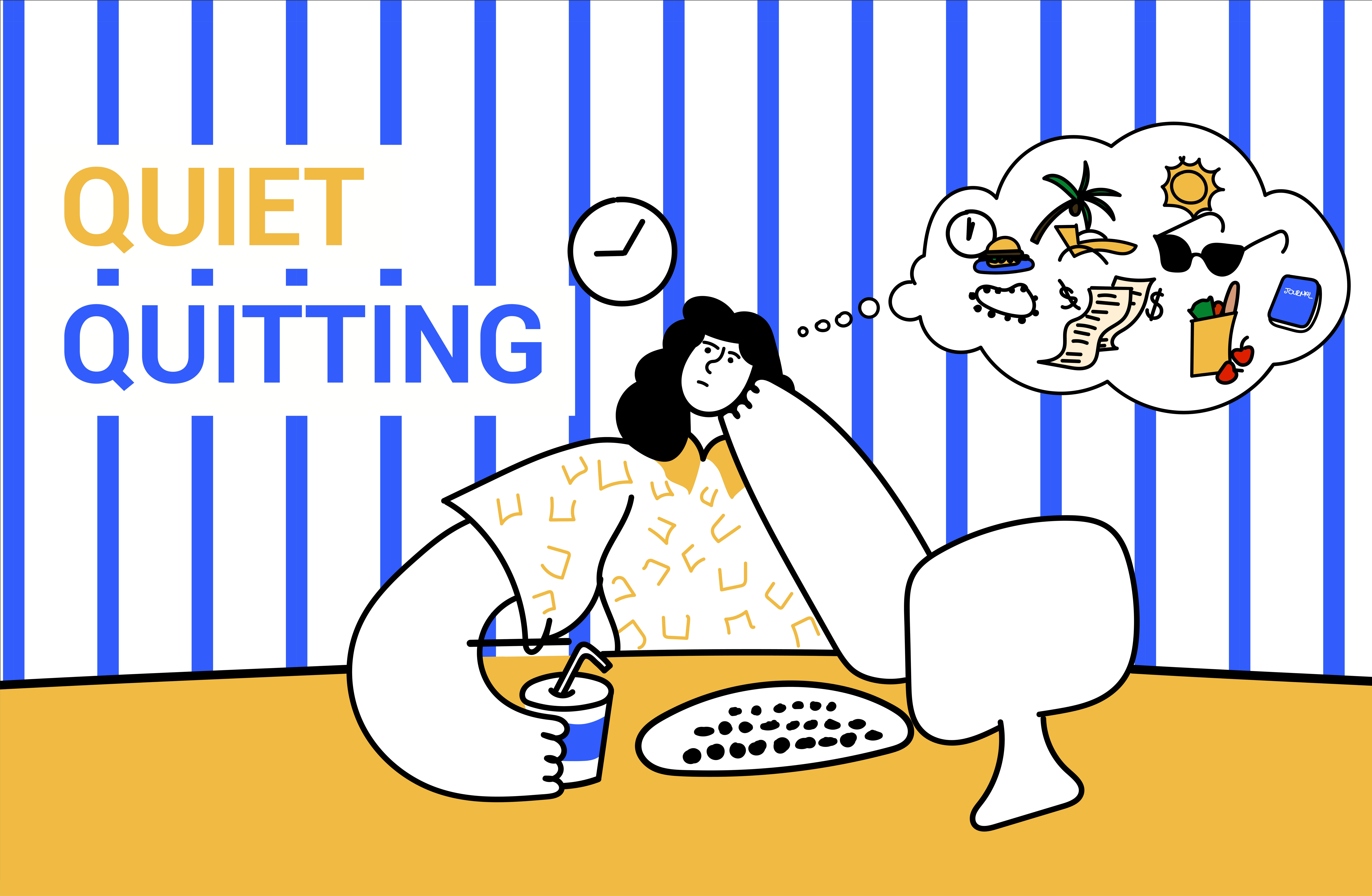 Some believe "quiet quitting" indicates failing to make an effort beyond what is expected of you. Others argue that it's all about avoiding unhealthy comparisons and refusing to blindly embrace "hustle culture." On the other hand, there are many who argue that it's all about sticking up for oneself when companies demand more from their employees without increasing their salary.

One thing that a quiet quitting has nothing to do with is actually quitting. For the time being, at least.

What is Quiet Quitting?

The idea of quiet quitting is to do precisely what is required of you at work, no more, no less. Avoiding professional burnout and giving one's mental health and personal well-being greater attention are the key goals of this mentality.

“You’re not outright quitting your job, but you’re quitting the idea of going above and beyond.” This is what quiet quitting is in a nutshell, according to a Tiktok user, Zaiad Khan. “You’re still performing your duties, but you’re no longer subscribing to the hustle culture mentality that work has to be your life – the reality is, it’s not.”

This might manifest itself in a variety of ways, such as declining projects based on interest, not responding to work-related messages outside of working hours, or simply feeling less invested in the role.

With so many people reacting and sharing their own stories, the hashtag #quietquitting received over 8.2 million views on TikTok.

Who is the Quiet Quitting Concept For?

Due to the stress of working through the epidemic, there has been an increase in the number of quiet quitting.

Gallup's principal scientist for workplace management and wellbeing, headquartered in Nebraska, US, Jim Harter thinks that this trend is being driven primarily by young professionals.

“Younger workers typically tend to report higher levels of engagement, but that's now declining,” Harter explains. “Following Covid-19, they may now have a higher bar than older generations when it comes to working for an organization with purpose.”

The trend of "quiet quitting" reflects a broader movement away from viewing work as the center of one's existence.

As Gen Z enters the workforce, the quiet quitting concept has gained popularity as a means of coping with burnout and overwhelming expectations.

But Gen Z isn't the first generation to feel burnout, and the concept of quietly leaving a job isn't new either. Ed Zitron, who runs a media consulting business for tech startups and publishes the labor-focused newsletter Where's Your Ed At agrees with his displeasure with the term's construction, arguing that it erroneously equates getting paid for your work with the idea of resigning from your position.

This widespread backlash against the practice of quiet quitting is indicative of a larger, pandemic-driven trend in which workers are reevaluating the value of their jobs and the role they play in their lives. We need to overcome the idea that we must constantly be "available".

While the act of de-emphasizing your job and realizing that you are more than what you do might help to alleviate feelings of being overwhelmed, it's important to keep in mind that by the time you're considering a quiet quitting, it may be too late to effectively address burnout.

What to Do When Employees Quiet Quitting Work

Managers might set a good example by not returning emails while they are away from the office. Additionally, managers should refrain from sending late or non-urgent messages to employees after they have logged out for the day in order for them to be able to entirely unplug from their computers.

By encouraging staff to take breaks during the day and take advantage of their paid time off and vacation entitlements throughout the year, managers can reduce employee burnout, improve their health and well-being, and increase productivity.

A good manager will also encourage staff to take regular breaks from their computers and smartphones, in order to avoid the phenomenon of "continuous partial attention" that is so prevalent today.

Why Has Quiet Quitting Gone Viral?

The word may be new, but the notion behind quiet quitting has long existed, says Anthony Klotz, associate professor at University of College London’s School of Management. “Although this has come from a younger generation and in new packaging, this trend has been studied under different names for decades: disengagement, neglect, withdrawal.”

“There are many people not in a position to leave their role: they may have non-transferable skills, accrued flexibility, and benefits they can’t have elsewhere or live in a small community with a dearth of other opportunities.”

He also points out that the state of the economy can play a role in encouraging people to stay in their current jobs despite their dissatisfaction with them. Because people often have to take what they can get in a situation like that. If someone loses their job and there are no other opportunities out there, then it may be better to stay where one is.

Workers who feel they are stuck or who no longer place value on their careers may find that coasting makes the most sense in these situations.

Klotz finalizes by saying: “Always going above and beyond the call of duty consumes mental resources and causes stress. And there’s little reward for doing so if someone perceives they’re stuck at a company. So, quiet quitting doesn’t just speak to younger generations – it’s anyone who has ever felt stuck in a job but has little reason to resign.”

The phrase "doing the bare minimum" has been used for a long time, and it's still relevant today. The idea is that you should do as little work as possible to get the job done.

However, the recent uproar over the term "quiet quitting" seems to have hit a special nerve. The phenomenon has captured a lot of media attention with numerous articles addressing this new trend in the workplace.

In the wake of the pandemic and the rising cost of living, employees are feeling overworked and underpaid, and many are quite quitting.

Employees are taking measures in many cases to avoid burnout. Quiet quitting is basically redrawing employment boundaries so that people aren't thinking about work all the time. Instead, people are devoting time and attention to more meaningful aspects of their life, resulting in a better work-life balance.

Clocking in and out while getting the bare minimum done has long been a part of work life.

At BeforeSunset, we make sure nobody feels overworked while still being enthusiastic about their job.

Because we know that it has been a rough time since the pandemic hit. None of us knew if we would be able to recover from that and we were unsure if Covid would change the way we work.

With our user-friendly software, you can still be eager to go the extra mile, and finish your job, well, before sunset!