California Overtime Law: What Can Companies Learn From It? 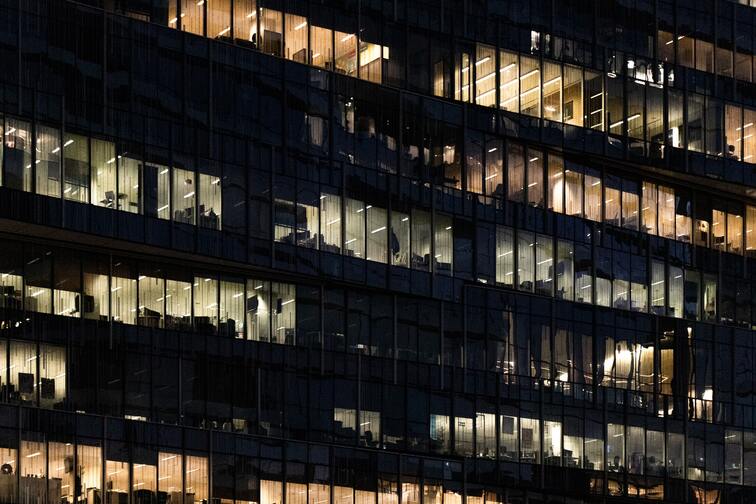 As we begin to wrap up 2022, work-life balance and ways in which employers can maximize employee well-being have become an increasing priority. Consequently, companies across the globe are turning to positive role models across the globe to adapt their new year strategies to fight back against what is now being called the "Great Resignation".

As a prime example of a state that has been leading the movement for worker well-being, California's new overtime law has been top of mind for many companies and states.

Companies can help their employees manage their time more effectively

When you’re a manager, it can be easy to fall into the trap of assigning tasks and having your employees get them done as quickly as possible. However, this doesn’t allow them to prioritize their work or give them any freedom. Instead, try giving your team members more control over what they do day-to-day—and show that you trust them by doing so.

Companies can find ways to encourage balance through flexibility

One way to promote balance is by allowing your employees to work remotely. This could be at home, in a coworking space, or even at a coffee shop. The flexibility of working remotely allows you and your team members to experience the benefits of a healthy work-life balance, like spending time with family or friends, exercising, and enjoying hobbies outside of work. Other ways companies can encourage balance include flexible hours and locations for employees as well as telecommuting options for those who need it most.

Employers can find ways to give their employees more autonomy, along with training and support in decision-making

Autonomy is important to employees. It gives them a sense of control over their work, which in turn can help them feel valued by their employers and engaged in their jobs. When companies give employees more autonomy, they're likely to see improved engagement and job satisfaction—not only among those employees who have been given more freedom but also among those who haven't yet been given that opportunity.

Organizations can adopt policies that recognize the benefits of a healthy work-life balance, not just for productivity's sake, but for employee wellbeing

In addition to helping with productivity and employee retention, there are two other key benefits of a healthy work-life balance:

Maybe you're thinking about how much time-and-a-half overtime is going to cost your company. But it's important to remember that the benefits of California's overtime law outweigh any costs, and they can be applied in other ways.

First, there are many benefits of time-and-a-half overtime for employees:

California is on the verge of fully enacting the legislation that will require companies to pay time-and-a-half overtime to employees making less than $62,400 a year.

The law has taken effect in 2022 and has already impacted a significant portion of the state's workforce, including white-collar workers (think attorneys and accountants) who are currently exempt from overtime requirements due to their professional classification.

The law, SB 3, passed in January 2022 and will impact a significant portion of the state's workforce

The law, SB 3, passed in January 2022 and has already impacted a significant portion of the state's workforce. The new law will affect all employees earning less than $62,400 a year—a substantial increase from prior years when the threshold was much lower at $41,600. The change is meant to be phased in over several years:

In anticipation of the law change, employers are encouraged to review their compensation policies

With the new year, employers are encouraged to review their compensation policies. Many California companies have already taken steps to prepare for this change, but others may not have even begun thinking about it yet.

In anticipation of the comprehensive law change, employers should consider the benefits of California's overtime law for their own employees' well-being: after all, if anyone is going to be affected by this legislation it's going to be them! Companies will have a lot on their plate when it comes time for implementation—but if you're willing to put in a little extra work now then you'll be able to reap some big rewards later (i.e., happier employees).

Some companies anticipate spending as much as $20 million a year in additional labor costs once the law takes effect.

Others are developing strategies to avoid paying overtime by hiring more part-time workers and cutting back on hours to bring down their monthly payroll obligations.

The state's new minimum wage and overtime laws "will lead to lower compensation levels," said Michael Saltsman, research director at the Employment Policies Institute, a conservative think tank in Washington. He said it could raise some low-skilled workers' pay but also make it harder for many people to find jobs at all.

Most companies have already been operating under the assumption that employees should not be working more than 40 hours a week, even though no overtime was required to be paid

If you're a business owner, the changes in California's new overtime law will mean little to you. You've likely been operating under the assumption that your employees should not be working more than 40 hours per week, even though no overtime was required to be paid.

It's important that we recognize our own cultural biases and how they affect both ourselves and those around us. Because when we assume other people are wrong or misguided, we can't engage in meaningful dialogue with them. And if we want to create change in our companies and communities, understanding other perspectives—and taking responsibility for our actions—is crucial.

The California Labor Code dictates a maximum of 12 hours of work per day and an average of 40 hours per week. However, many employees are working far more than that. According to a recent study by the Council of Economic Advisers (CEA), approximately 72% percent of American workers say they would prefer time off over extra pay for working overtime hours.

One reason why employees prefer time off over monetary compensation is that it gives them more time to spend with their family and friends. This is especially true for parents who may not be able to afford childcare on top of their already long work days.

By giving employees this incentive to leave early or come home early, companies can help relieve some stress from their workers' lives while also increasing productivity in the office as well as relieving congestion during rush hour traffic times when everyone else is trying to get home at the same time!

In addition, since most people have hobbies outside of work such as sports teams or volunteer programs that require commitment during regular business hours - having fewer obligations outside will allow them more freedom in choosing activities that align better with what matters most: family friends relationships health happiness

Time off can come in many forms, such as flex time or extended benefits coverage for childcare and eldercare

You don’t have to offer paid time off in the same way as California does, but how you structure your policies has a big impact on employees’ lives. Here are some ideas for how you can use this law as inspiration:

Companies that offer generous benefits packages and alternative work schedules tend to attract and retain top talent better than companies that do not. Employees who are offered time off instead of overtime compensation are more likely to stay with the company. While there are many reasons for this, it's likely because employees feel more valued by their employers when they're treated well and allowed to balance their personal lives with work commitments.

By implementing policies like those in California, you can create a culture of respect among employees while also strengthening your bottom line.

The new overtime law will present challenges for California businesses, but many are finding ways to make it work in their favor

To prepare for this change and ensure that they have enough staffing to meet the demand of their customers during peak hours, many businesses are working with staffing agencies or recruiting new employees. They're also keeping in mind that they may need to raise wages so they can offer their employees more opportunities outside their current roles and responsibilities.

What will CA overtime laws bring to employees?

The new overtime law presents challenges for California businesses, but many are finding ways to make it work in their favor. The benefits of a healthy work-life balance and more time off at home can go a long way toward keeping employees happy and engaged in their jobs. Employers who offer these kinds of benefits tend to attract top talent, which helps them compete in today’s competitive job market.