Before Sunset Film Review From the BeforeSunset Team's Perspective 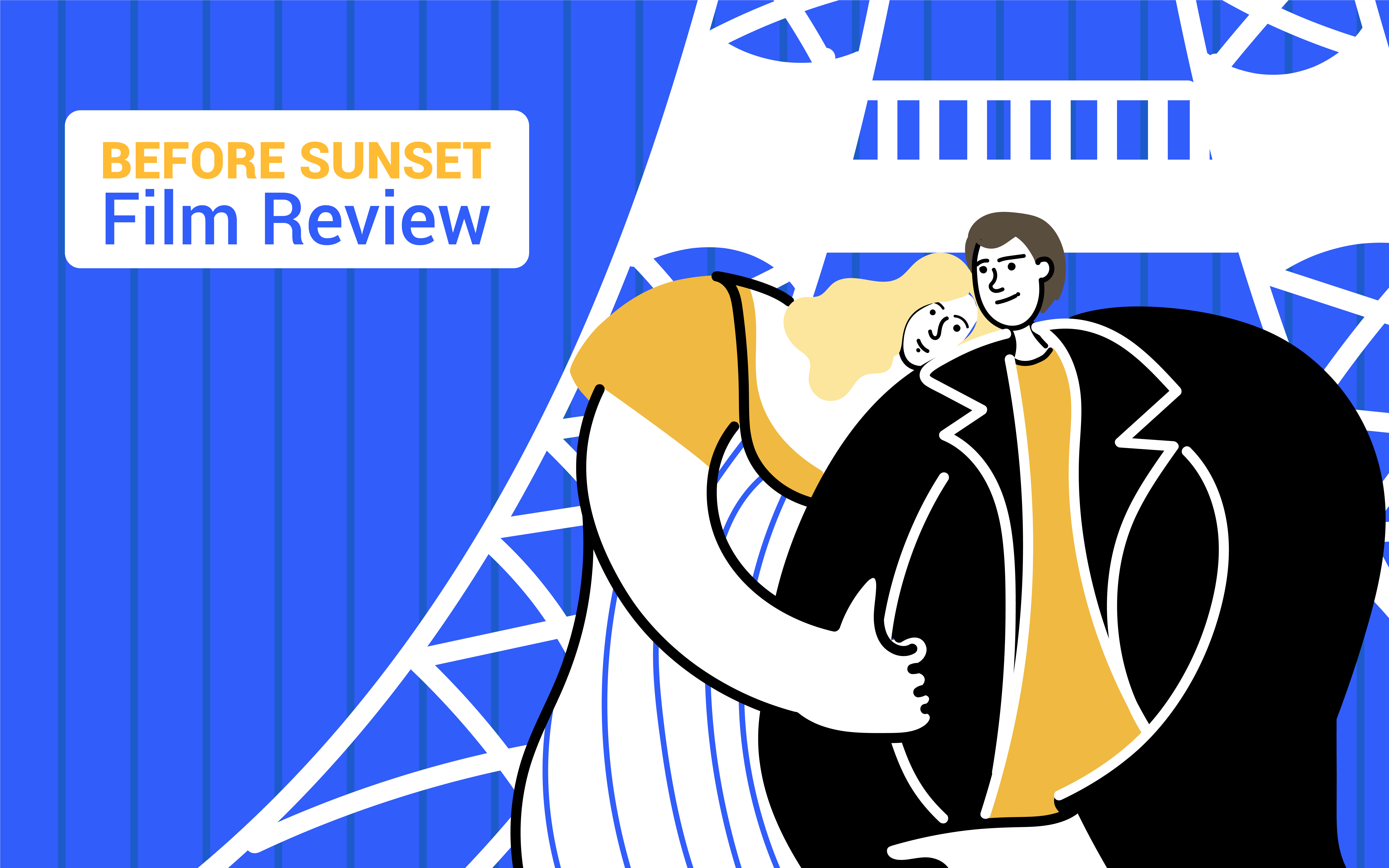 A Before Sunset Movie Review: The Trilogy

To address each one, the first film in the trilogy, "Before Sunrise," tells the story of a young couple named Jesse and Celine who fall in love and create a love narrative reminiscent of a fairy tale from their youth.

In Before Sunset, the second film in the trilogy, the story of youth and hopeful love evocative of fairy tales in the first film is replaced with a story with a hint of pessimism and a type of sadness in the early thirties of the characters, facing the issues brought on by growth and maturity.

Before Midnight, the series' final film, tells the story of a couple dealing with the challenges of adulthood and parenthood. In fact, the three films represent the three stages of the characters' lives. In this third phase of their lives, viewers see them struggle to balance their roles as a married couple and parents, and they get to see how they handle these challenges.

Before Sunset Films: More Than A Love Story

The Before trilogy is more than just a romantic drama because of the way it begins as a love story and then takes us on a trip to face the truths of life. It all starts with Celine and Jesse's meeting on the Budapest to Vienna train in the first film of this trilogy, in which we can recognize many of our own feelings.

After this chance meeting, the two find themselves attracted to one another, and they spend the day together touring Vienna. They agree on a time and place to part ways when it is finally departure time.

Before Sunset, the second film in the series shows us that the planned date is not kept, and instead, we get to see the chance meeting of the two in Paris and their subsequent chats. Our CEO had a very interesting and amusing connection with our tool here. In the movie Before Sunset, they couldn't meet at the time they said they would, and they came across each other. Maybe this love would have grown stronger sooner if they had managed their time better. Our BeforeSunset comes into play here. She never misses such details.

Before Midnight, the third film in the series marks a change in the course of the duo's adventure. The days of Jesse and Celine's youth, when they were just beginning to adopt the relationship patterns of the modern world, emerge from fairy tales, and learn to cope with adversity, are over. Now they are adults and must deal with new challenges, such as interpersonal conflicts and the complexities of starting a family.

Thanks to the insight of our front-end developer, we learn that the film's director, Richard Linklater, is known for his intelligent treatment of the flow of time in his movies. (Another thing we have in common!) Reflecting on the passage of time and the stages in our lives is one of the film's main elements and one of the most important features that add depth and meaning to the story.

The fact that the film series is shot at regular intervals adds to the realism of the actor's age in real life, and there are references to this passing time within the film, which is a notable feature.

Another aspect of the film that we, as a team, adore is the settings used in all three films. The film's beautiful vibe is amplified by its fantastic settings. As you might guess, the settings got the most attention and praise from our social media manager. (She was probably thinking of reels she could film at those places.)

In a love film trilogy, using Paris as a setting is unavoidable. It is also clear that the movie's selection of romantic locations in Europe is deliberate. Shooting a walking scene is difficult because the audience's attention must be drawn to the subjects while also capturing the beauty of the surroundings. In all three films, we see the couple taking walks, and it is clear that the locations for these walks were carefully chosen in terms of being romantic and providing the features I just mentioned.

It can be said that their meeting in a bookstore called Shakespeare and Company in Before Sunset, the second film in the series, was also carefully chosen in terms of setting. This bookstore is well-known for hosting visits from famous writers in Paris.

In the third film, they are in Greece. They go to quiet natural places as if people want to spend more time there as they get older. Meanwhile, their romance is now quieter, but their problems are more complicated.

This series' success could be attributable, at least partly, to the fact that viewers experience life's stages through the lens of the characters who portray them, just as if they were the movie's protagonists. Furthermore, the dialogues in the film were very natural and realistic, allowing the film to flow smoothly and naturally for us.

It's not an event-heavy series. It mostly moves forward through dialogues, and these dialogues play an important role in the film's editing. You watch without getting bored because the dialogue is natural and sincere, and you don't want it to end. The magical atmosphere created by the trilogy of time, space, and fiction draws you in and makes the film series gripping.

Indeed, what we are witnessing is a story in progress. Like life itself, this process of being in a relationship is dynamic; it moves forward, does not remain static, and undergoes differentiation and change. Perhaps this is the source of all the happiness. There is no stability; it is always shifting.

Before Sunset, From the Eyes of BeforeSunset

Whether you came for Before Sunset the movie or our BeforeSunset you are welcome here. We recommend you take a peek at our software, you won't regret it. We cannot offer you love but we can up your productivity and bring a balance to your work and life.